Celine Dion was born on 30 March 1968 in Quebec, Canada, to Adhemar Dion and Therese Tanguay. She initially earned international recognition by emerging victorious in both the 1982 Yamaha World Popular Song Festival and the 1988 Eurovision Song Contest.

Celine has been musically inclined at an early age. After singing in French for a long time, she learned English and released her English-language debut album, ‘Unison’ in 1991 worldwide. In 1993, she released her second album The Colour of My Love which included hit songs like ‘When I Fall in Love’ and ‘The Power of Love.’ In 1997, she released another album Let’s Talk About Love, which included her signature song My Heart Will Go On that was also used as the love theme for the film Titanic. Among her array of hit songs, she gained prominence for her songs which includes, “The Power of Love”, “Think Twice”, “Because You Loved Me”, “It’s All Coming Back to Me Now”, and “I’m Your Angel”.  After a hiatus from her musical career, she returned with her album A New Day Has Come in 2002, which received critical acclaims. She also fetched acclaims for her 2019 songs “Lying Down”, “Courage”, and “Imperfections” from her upcoming album, “Courage.” She is the recipient of five Grammy Awards, including Album of the Year for ‘Falling Into You’ and Record of the Year for ‘My Heart Will Go On’. She was honoured with the Chopard Diamond Award at the World Music Awards for becoming the best-selling female artist of all time. Dion has also received several Félix Awards, including Best Female performer and Discovery of the Year.

That’s the Way It Is

The First Time Ever I Saw Your Face

My Heart Will Go On

A New Day Has Come

Dion tied the nuptial knot with her manager, Rene Angelil, on 17 December 1994. They have three children. On January 14, 2016, Angelil died due to cancer. After his death, Dion became the owner of her management and production companies, including CDA Productions and Les Productions Feeling. It was speculated that Dion was in a relationship with backup dancer Pepe Munoz, though she maintained that they were only best friends. 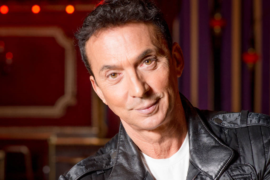