Kashyap was born on 10 September 1972 to Sri Prakash Singh. He completed his studies at the Scindia School in Gwalior and graduated from Hans Raj College (University of Delhi). Kashyap began his career as a writer of television serial Kabhie Kabhie (1997).

In 1995, Anurag Kashyap scripted a short TV series, Auto Narayan, based on the life of serial killer Auto Shankar, but the film got scrapped. He then wrote the script for the 1997 Hansal Mehta’s first film, Jayate, which went unreleased; and episodes of the TV series Kabhie Kabhie (1997). He got a major break as a writer for Ram Gopal Varma’s crime drama Satya (1998). He then wrote the script for Varma’s Kaun in 1999 and writing dialogues for Shool (1999). He then made his directorial debut with Paanch, but the film went unreleased. He the continued to write dialogues for the films like Paisa Vasool (2004), Mani Ratnam’s Yuva (2004), the Canadian film Water (2005), Main Aisa Hi Hoon (2005) and Mixed Doubles (2006). He then wrote and directed Black Friday (2007), which was critically acclaimed. His next No Smoking received negative reviews. His next venture Dev.D (2009) was a critical and commercial success. He then scripted and directed That Girl in Yellow Boots (2011), Gangs of Wasseypur (2012), Ugly (2014), Raman Raghav 2.0 (2016), Mukkabaaz (2017) and others. His venture into web series with Netflix’s Sacred Games received wider recognition. He is bestowed with several accolades including four Filmfare Awards. He was also conferred with the Ordre des Arts et des Lettres (Knight of the Order of Arts and letters) by the Government of France in 2013, for his contribution to Indian cinema.

Some of his notable films include:

Kashyap initially married film editor Aarti Bajaj, with whom he has a daughter. In 2009, they divorced. He later married actress Kalki Koechlin, but their marriage couldn’t last. They got divorced in 2015. Anurag Kashyap was mired in several controversies including his tweet to Prime Minister Modi informing about the rape threats that his daughter was receiving. His film Udta Punjab was mired in controversy for excessive censorship by the Central Board of Film Certification. In the wake of #MeToo movement, Kashyap was under fire for his alleged inaction against Vikas Bahl, who was accused of sexual harassment. 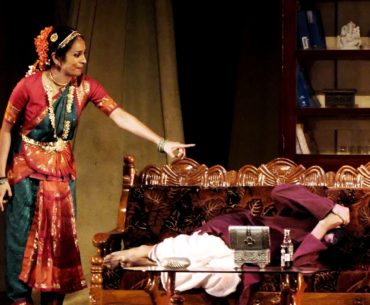 Dance Like A Man- An artistic display of relationships

Dance is a creative expression of storytelling, which is profound beyond the limitations of verbal understanding. Mahesh Dattani’s Dance Like A Man is one…